In Discussion: 25 years of robecco and its recent acquisition of Yara’s inerting technology business

plus its recent acquisition of Yara’s inerting technology business… 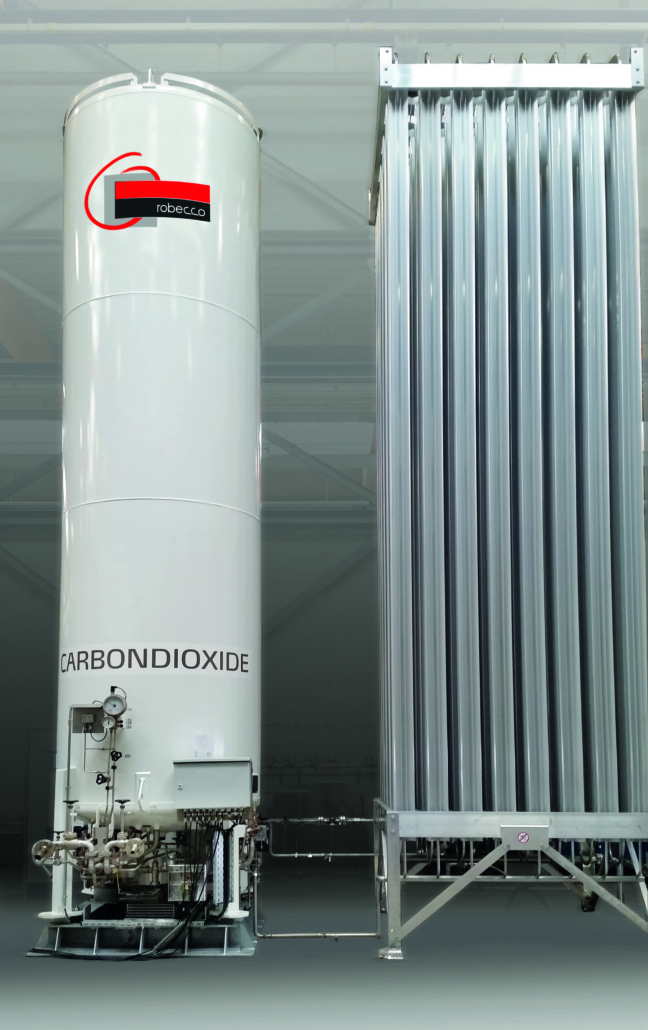 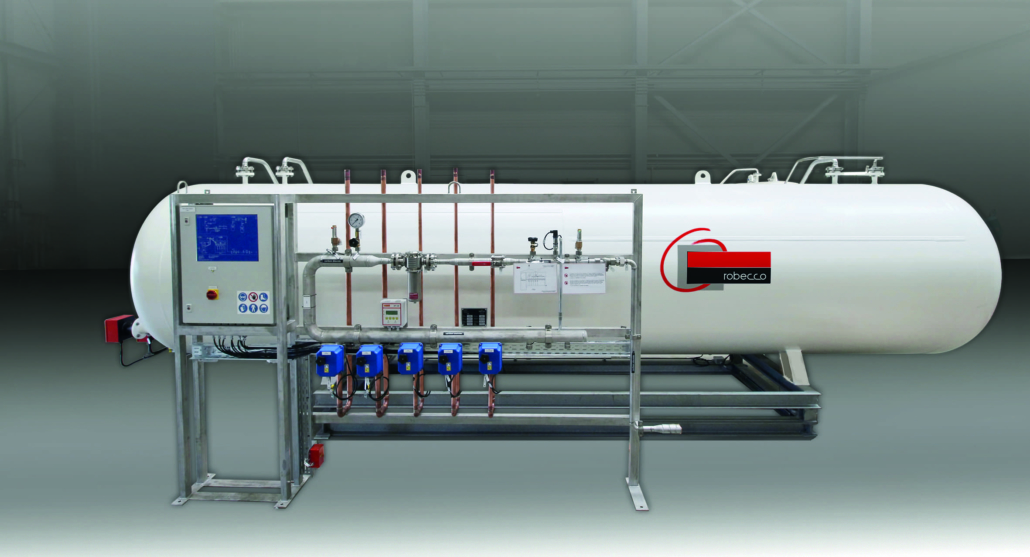 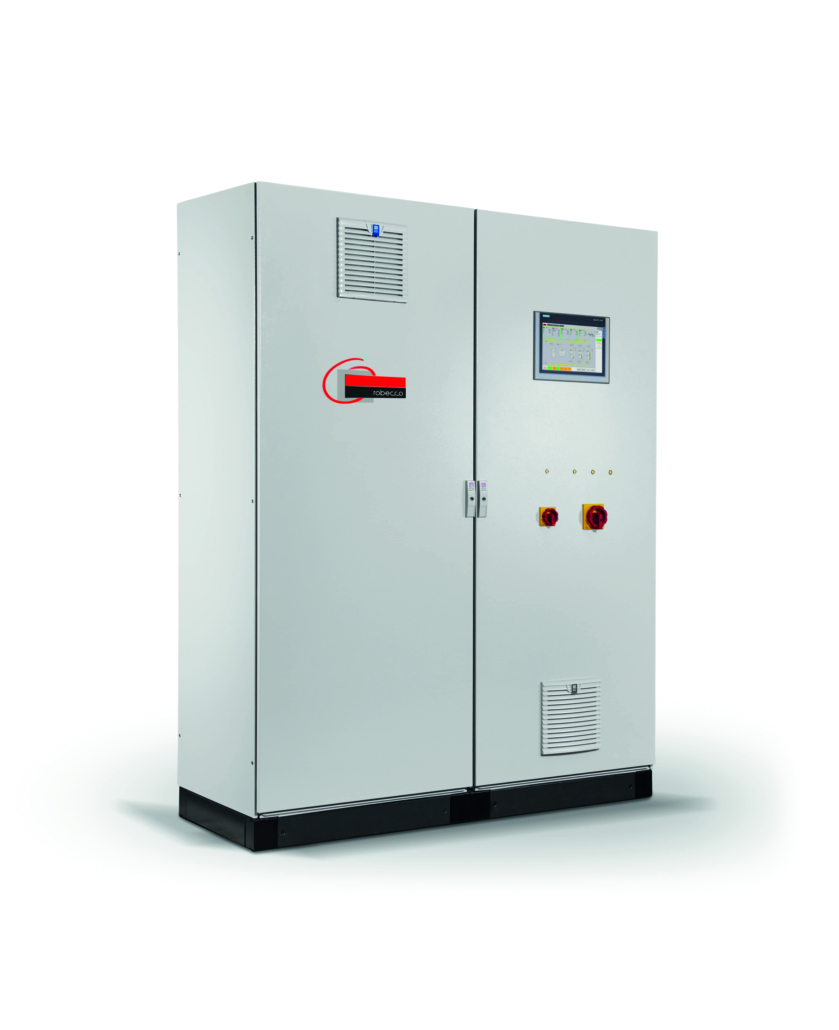 robecco secure center display, indicating an inerting event in one of the silos

robecco celebrates 25 years in business in 2020. What led you to establish the company in 1995?

Robert Becker (RB): In the early 1990s I worked for a company that dealt with vacuum technologies, for example high-speed pumps to evacuate vessels. The company had a range of analysers to detect residual gases, which was a very interesting area. I made the decision to go it alone and develop similar analysers.

GC: How did you end up in the cement sector?

RB: By 1999 I had developed a number of contacts with gas suppliers that were interested in inerting procedures and controls. We developed an inerting control unit, mainly for use within the cement in-dustry. Cement was particularly attractive to the gas suppliers due to the quantities of gas that the sector consumes. As the conversations developed in the early 2000s, it became clear that cement plants were using outdated inerting procedures dating from the 1970s and 1980s. Cement producers controlled their own inerting systems and no supplier was able to provide an ‘inerting systems’ package. This is what robecco sought to do, via the development of increasingly-sophisticated gas monitoring and control systems. It was the first to do this in the cement sector.

RB: Over the first 25 years, robecco grew from just myself to 25 people working at our Horhausen facility in Rhineland-Palatinate, Germany. Everyone is based in the same facility to aid communication and ensure that we can be responsive to customer needs. Then in February 2020 we purchased a local company with automation expertise, which brought our headcount up to 38. We are additionally present around the world via a number of representatives. In addition, I’m working on a new inerting guide-line called CEN/TR 15281, which will hopefully be published at the end of April 2021. This is a state-of-the-art update of the existing guideline that will help operators to use preventive explosion protection systems.

GC: What types of equipment does robecco provide to the cement industry?

RB: We can split our equipment into three main areas. First is robecco GAS®, our range of gas analysis and monitoring systems. These are used for coal grinding and alternative fuel handling and storage systems. Secondly, the fully automatic robecco secure center RSC® inerting control connects sensors with actua-tors and effectively prevents dangerous system states. Thirdly, we have the robecco RIC® inert control, an automated control system for inerting systems oper-ated with CO2, N2 or other inert gases. A customer may require all three components, but can also select one or two components. They might, for example, al-ready have a strong monitoring system and therefore choose not to purchase one from robecco. Also, on 1 September 2020, we bought Yara’s in-erting business so that we now also provide the tank units that are used by the systems. With this latest ac-quisition, robecco has become the first company that is able to supply a full range of preventative explo-sion protection equipment to the cement sector. The combination of Yara inerting systems and robecco monitoring and control technology is a unique tailor-made solution to maximise safety in preventive explosion protection. GC: Yara and robecco have been partners for more than 20 years. Why did the purchase happen now? RB: The partnership with Yara was fantastic, but one that was somewhat complicated for the client, which had to liaise with two suppliers for a single system. There were also various interfaces needed to enablethe systems to operate together effectively. Bringing Yara’s inerting business into robecco therefore brings synergies for robecco and its clients. Yara is primarily a fertiliser producer and was happy to sell this part of its business.

GC: robecco offers high and low pressure CO2 tanks. What applications are these used for?

RB: The main difference between high and low pres-sure tanks is not the application, but the location and needs of the individual client. High pressure tanks, typically of 60-80bar have the advantage that you can take CO2 gas directly from the tank, which is great in colder climates such as Europe, Russia and the north of North America. Low pressure tanks operate at pressures of up to 25bar. The CO2 is stored in liquid form and such sys-tems are most commonly used in warmer climates, for example in Asia, Africa or the Middle East. The high ambient temperature causes the liquid CO2 to expand into a gas as it passes through an evaporator. It is easier to refill the low-pressure tanks thanks to their low pressure, whereas high pressure tanks require quite specialised pumps. In some cases high pressure tanks may also be used in warmer climates. It depends on what refilling options are available to the cement producer on the ground. We also have N2 systems, which can be used for silos, storage areas and mills with internal volumes up to around 1000m3.

RB: The clients are starting to ask very strongly for increased safety, including in countries that were previously not so strong on this front. Increased used of explosion protection systems not only saves lives but it stops damage to equipment and prevents downtime, which is very costly, wherever you operate in the world.

GC: How does robecco make its systems safer?

RB: Our earliest systems are now 20 years old and still run very well. However, when clients want to in-crease their production rate, have new regulations to meet or otherwise need to update the process, we are able to help. We continuously improve our systems. This is done, for example, by improving the detection limit of our gas sensors. CO, for example, indicates a smouldering fire. High O2 is also a risk due to the fact that it will oxidise that smouldering fire and turn it into an explosion.

GC: What would be an ‘acceptable’ CO or O2 level?

RB: This depends on the fuel. If we are talking about alternative fuels, less than 100ppm of CO can bedangerous. Other fuels are safer, with up to 1500ppm CO before there would be a problem. O2 becomes a problem above 7-10%. To extinguish a smouldering we fire we need to reduce the O2 content to around 2-3%.

GC: What about the temperature?

RB: robecco does not produce temperature sensors, nor can it read much into the temperatures provided by the plant’s pre-existing sensors. This is because temperature sensors typically record only the tem-perature in their immediate vicinity. They do not reflect the temperature elsewhere in a silo, mill or baghouse. We do observe the temperature changes to see what is ‘normal’ for the equipment. Does tem-perature, for example, rise without a corresponding rise in CO levels? This kind of information can be instructive. Markets and the future GC: Where are most of robecco’s enquiries coming from at present?

RB: We have high levels of interest from develop-ing markets. In South East Asia some increasingly important markets include Indonesia, Vietnam and the Philippines. In Africa we are involved in several greenfield projects by Chinese cement plant manufacturers, although there is currently a lull in this kind of project compared to 2015-2017. Across these newer markets, we see an increasing number of individual producers joining our established multi-national client base. Europe remains a major market for new systems too due to retrofits and the drive away from coal power. Every time a plant installs a new alternative fuels system, it needs an inerting system. This trend is now taking off elsewhere. In Egypt, we were heav-ily involved in the cement sector’s switch from fuel oil to coal. Now these same producers are looking to lower their fuel costs by switching
to alternative fuels.

GC: How has Covid-19 affected orders?

RB: In January, I thought that 2020 would
be a good year. We had a strong order book,
but then Covid-19 struck at the end of March 2020. New orders simply stopped. We cleared
our existing orders by the end of May 2020. Then, in June 2020, there was a resurgence in
new enquiries, which we did not expect. Now
in October 2020 we are very busy once again. However, the second half will not make up for
the poor first half. GC: How did Covid-19 affect the workshop
and offices?

RB: The company was able to quickly implement a Covid-19-secure working plan, which enabled us to continue operations safely throughout the pandemic. We separated workers in the workshop and ensured that all office staff were in separate offices rather than communal ones. Now that we have such a busy order book, we are contemplating a switch to shift working in the workshop rather than having all staff in at the same time. However, this would be quite a shift in working patterns for our staff and it is not a decision we would take lightly.

GC: What do the next 25 years hold for robecco?

RB: We will look to expand the use of our products to other sectors. The most interesting is the food sector, specifically spray dryers that turn liquid foods into powders. Many of these dried foods, for example milk powder, are very fine and potentially explosive. At present the sector only uses construc-tive explosion prevention, expansion joints and explosion vents, for example. There is a clear need for proper inerting systems, and the sector is already familiar with inert gases from using them in packag-ing. robecco already has one reference in this sector in Northern Ireland, UK and I had promising dis-cussions with one of the major spray dryer producers at the start of 2020. The next area is the pharmaceutical sector, which has similar requirements to the food sector. Then we would move on to the chemical sector, where the challenge is explosive gases rather than solids. Other areas we would like to expand into include biomass power, which is on the rise in Europe in particular.

GC: Thank you for your time today. It sounds like the next 25 years will be very busy for robecco.

RB: Indeed they will! Thank you for the opportunity.